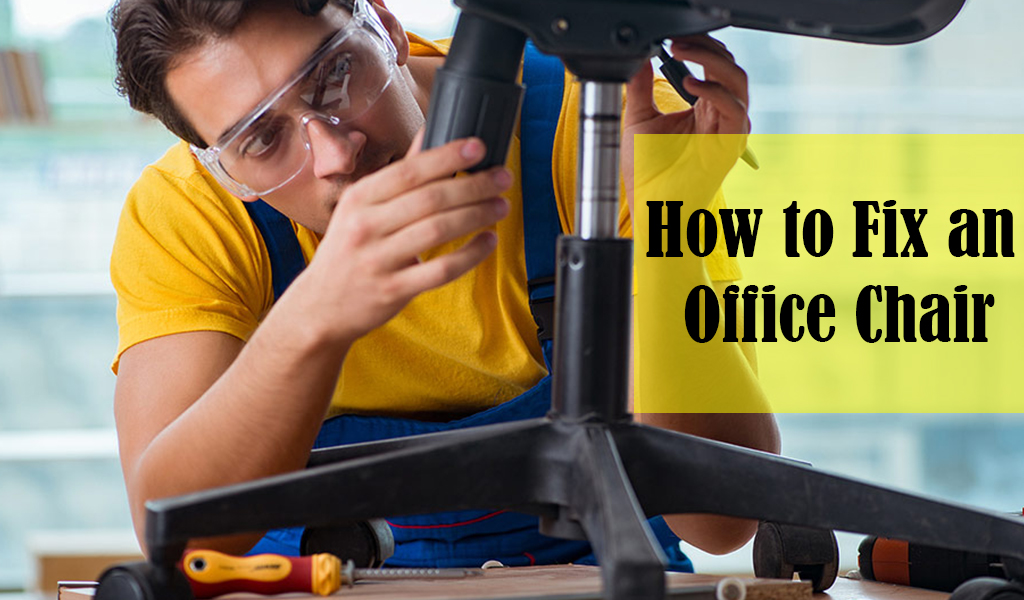 Is there any place in the whole wide world where you won’t find an office chair that won’t make you go through this?

Sadly, the answer is no.

As long as you own one, you have to deal with this sort of issue on daily.

Now, if it were a rare incident, you could pass with a REPLACEMENT; which is CERTAINLY NOT THE CASE here. You have to manage the situation with an easy solution.

Lucky for everyone, fixing this problem is just as easy as it sounds.

Nope, you don’t have to learn complicated laws of physics to keep your chair standing on its place.

Understanding the structure is everything you need to restore the support you want, and it can be done by following a few easy steps.

The first step in solving a problem is to find the core reason behind it. When you know what’s wrong with something, it’s easier to fix the error; and it’s more accurate when you’re dealing with a chair that won’t go up.

Though most of the time, chairs fail to ascend due to an error in the gas cylinder associated with it, the lever can be responsible for that too.

The lever triggers the cylinder to lift the chair up. So, you can easily see how a tiny bit of malfunction in lever’s work can ruin the whole system for your chair. And this is EXACTLY what happens a lot of times.

So, check for that first. If the system seems out of place, reach for the lever and adjust it a bit. Test the function several times to find the right adjustment for triggering. Once you’re done the adjusting, try to ascend the chair to see the outcome.

If it was the lever all along, a slight adjustment will solve the problem for good. However, this condition doesn’t apply for a broken lever.

Use A PVC Pipe

A very old fixture for a very common problem. You probably have already thought of this yourself or got suggested by an experienced office colleague, it’s that frequent!

However, it might sound a little odd to you if you happen to be a newbie, which is a pretty normal thing; but wait till you see the outcome. Remember, it’s tested, that’s how it’s admired.

We’ve already mentioned above that office chairs fail to go up mostly for two reasons. It’s either the lever being not able to trigger the cylinder, or the cylinder itself. Yes, most of the time it’s the second reason why the chair doesn’t stay up.

Suspension method is applied in an office chair for lifting it or increasing its height. That’s why they include a pneumatic cylinder below that relies on the pressure of air to do so.

Now, like every other piece of object, the cylinder has its limit too and it starts wearing out after a while, which results in system malfunction. You might think of replacing it then with a new one, but why bother when you can manage with a cheap fix?

The PVC pipe is that cheap fix for you.

So, how this is going to work:

Also, one more thing, it’s going to be a sturdy fix. So, the pipe has to be of the same height you’re wanting your chair to beat. Be careful about that number.

You can remove or add a little extra bit of pipe to get the height of your preference.

Fix It with Hose Clamps

Another cheap fix you can go for to save the cost of there placement. You know how we try to fix things with duct tapes and clamps when we’re clueless about the solution? Yep, we’re going to do just that to fix the faulty office chair.

Sounds childish? Doesn’t matter if this solves the problem. And it definitely will, if you’re not concerned about the look.

Check the chair several times to see whether the method is working or not. You can change the clamp’s position to find the height that suits you the best.

So, there you have it. Some quick methods to solve your chair’s problem without having you to spend on a new chair.

See? Told you it was easy!