You are here: Home / Resource / How To Connect Soundbar To TV With Optical Cable?

Before getting down to the main point, let's talk about the benefits of using an optical cable.

Usually, soundbars use the HDMI connection. This option is admired by every user for its outstanding performance for both audio and video signals. So, when the optical cable is being chosen over HDMI, it's normal that the decision won't be taken positively by many users.

While HDMI is already giving you what you want, why go any other way? Why go for optical cable?

Yes, we admit that HDMI is excellent and most probably one of the most beneficial technologies of modern science. However, you should always be open to other options and try new things to detect the one that's more convenient for you. You never know, maybe optical cable was the best thing for you all along?

Also, the time is evolving and so is the technology. Considering various sides, manufacturers are leaning towards optical cable a little more and trying to come up with something better. Sure, it still hasn't succeeded to take the place of glorious HDMI cable, but this cable is still doing its best in this field, and that's praiseworthy.

Many latest soundbar models are featuring optical cable connection along with HDMI/RCA, and you may consider using it this once keeping a few things in mind.

Why Everybody prefers HDMI

We have to learn the function of HDMI before recognizing optical cable's benefits, to understand the reason behind HDMI's popularity properly. Soundbar is used for improvising TV audio/home theater experience.

For good performance, audio and video signals are required to be transferred simultaneously. HDMI works with dedication for the following action. Instead of using separate cables for A/O and V/O, you can accomplish the task using a single cable through HDMI.

Moreover, this cable is specifically designed for complying with Dolby Digital Sound tech which makes it a more preferential choice for home theater. Besides, it also functions quite wonderfully with Blu-ray, which works as another reason for the popular demand.

Sure, HDMI gives a pleasant TV watching experience, and that's why soundbars still use this as the primary connectivity option. However, optical cable comes with its benefits which should be checked out too.

What is the fastest transition medium?

And optical cable uses light for transitioning signal. So, you can imagine the fast motion that goes inside! Again, this is the reason why optical cable is used for establishing network everywhere.

The optical cable transfers audio signal in the pace of light, which works like magic for the home theater system. It takes the signal from the source and sends it to the receiver. The receiver combines all signals in one package and distributes them among the drivers at the same time. Briefly put, it shortens the signal transmitting process for the soundbar.

How to Connect Soundbar to TV with Optical Cable?

Step 1. Turn the power off

This step must be followed almost every time you're trying to establish a connection between two electronic items. Electric signal isn't safe for human body after a certain amount. When you're working with an active connection, chances of you getting electrocuted increases in an alarming way.

So, turn off the TV, soundbar and every other device connected with the system before beginning the process.

You'll see, the optical cable and the soundbars optical cable port are protected with plastic casing. It's actually done for user's safety, but you need to remove the casing for work. Get rid of the plastic and proceed ahead.

Take the optical cable. You will see there's a port situated on the soundbars rear part. This port is included for optical cable, and it's labeled as IN port. (There will be a port with OUT label as well, that mustn't be used for this connection)

On the back of your digital TV, you'll also see two similar ports (IN and OUT). We're gonna use the TV's OUT port.

Link one end of the cable with soundbars IN port and other ends with tv's OUT port. Remember, the cable should directly connect TV and soundbar only. If you're planning to add speakers or console, connect them to the TV using HDMI.

Step 4. Turn the power on and check the connection

Once the soundbar and the TV are connected, turn the power on and test the performance. Adjust properly in case it's not working.

If you are want to buy a soundbar for your home theater then you can try myaudiolabs.com to chose a new soundbar. 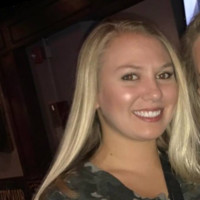 “Ashley Shealy” Professional Writer and blogger. Writing the Last 5 years and now a full-time content writer on thehomepick.com. Writing is not my profession it’s my passion.